Twice a week a motley crew of Midlanders gather to play Ultimate Frisbee on the fields at Lions River Club in Dargle.  As the sun sets, artists, architects, photographers, farmers, shoemakers, students and IT-types aged between 16 and 56 dash across the 100m field, deftly flicking Frisbees.   Sure, things get competitive sometimes, but never at the expense of fair play, respect between players, adherence to the rules and the joy of playing.

While Ultimate Frisbee might not be a sport that you are familiar with, it is growing fast and may be included at the 2020 Olympics. The game is non-contact, combines speed and grace and at least three women must be included in any team of seven. 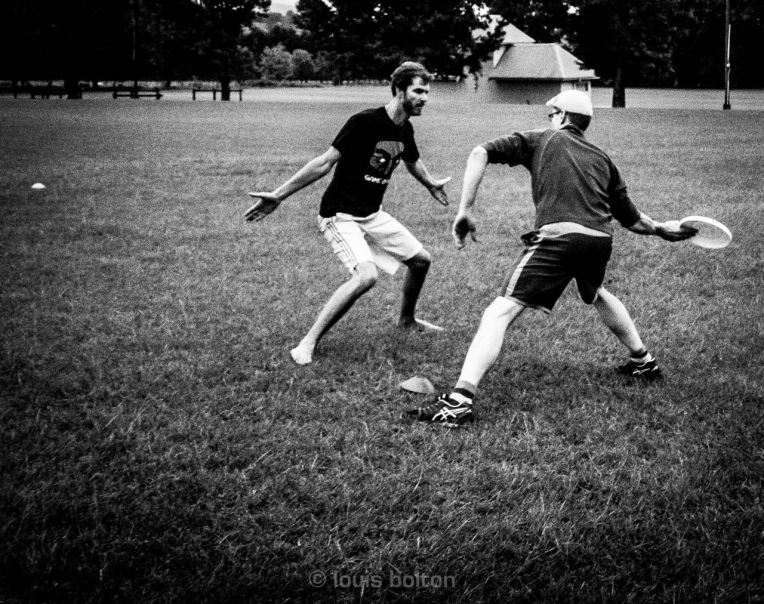 Dedicated player Ryjin van Wyk “The culture of Frisbee is a beautiful thing. It appeals to those who have not played competitive sport before, are not keen on being battered.  The spirit of the game is what counts most, so it brings out the best in people.”   Ryjin was a pro-footballer for a while and remembers how, no matter how good the game was, the moment the whistle blew the teams separated and headed for the change room. In Frisbee, once the game is over, the teams form a tight circle with arms linked and discuss the game.  “Here we tell the opposing team what they excelled at, and the winning team will share tips on how to do better. Then we unanimously choose a man of the match.”

Self-refereeing? The rules are simple – contact with another player constitutes a foul. There is a 30 second window for those involved to discuss who gets the advantage, and then play continues. No one cheats – even at the top level where there is plenty of money involved.  Once a catch is completed within the ‘end zone’, that is a goal. The first team to reach 15 wins the game.

Last year, the Midlanders headed for Johannesburg for the Rocktober Frisbee Festival.  ‘We had cotton t-shirts printed with Love Lions and random shorts, but soon realised for a rag-tag farming crew we were pretty good!” remembers Ryjin. Since then, they have attended and organised several tournaments, with sixteen-year-old Lindo Mpangese from Curry’s Post being voted Player of the Tournament three times in a row!  Encouraging youngsters is an important part of the Lions philosophy.  Ryjin coaches a group of 7 to 12 year olds once a week, who are sure to take their place in the competitive team soon. 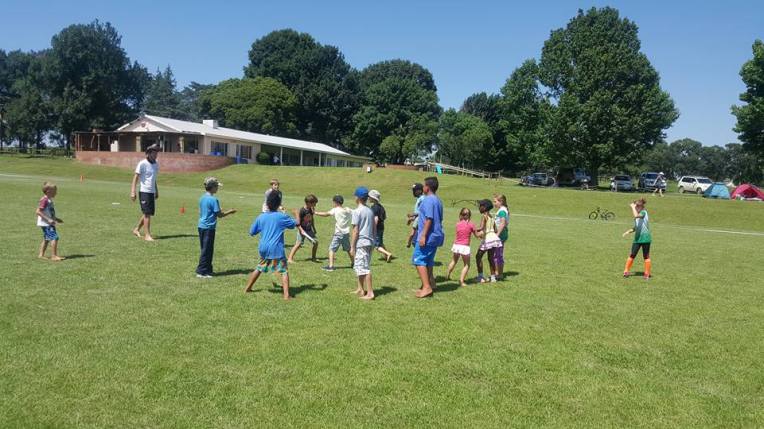 The Lions started eight years ago, with stalwarts James Jordan, Nick Crookes, Dael Lithgow and Kim Goodwin as the core. They fondly remember how Justin McCarthy (now deceased) tore his achilles tendon playing his first ever game!  Little doubt that Justin would be thrilled to see how the barefoot team has grown, with over 30 people playing twice a week and teams from across the country eager to come to Midlands tournaments where the fields are beautiful and the people are genuinely good.

In collaboration with the Pietermaritzburg based team The Long Donkeys, they have successfully secured the 2017 Ultimate Frisbee SA Nationals to be held in the Midlands.

Joburg based player, Sally Crompton joined in the fun at the MadHatlands tournament hosted by Lions River and the Long Donkeys recently and thought it was amazing (particularly the local, homegrown, homemade organic, vegetarian feast at lunchtime). “The Lions team has grown so much since the first time I saw them and is one of the few clubs in South Africa with a diverse range of players.  Some talented young players were pulling off the most incredible throws, jumps and layouts this past weekend – Lindo and Sbu have pure natural talent which deserves to be nurtured and Josh, Alex and Michael have a lot of potential. The club has a refreshing creative spirit – one that is both focused on Spirit of the Game, but also on the high-paced talent of their members.  I believe that the Lions and Long Donkeys will pull off something great in a green hills of the Midlands in May 2017.”

Keen for some fresh air and good fun?  Check out their Facebook page Lions River Ultimate or contact ryang.vanwyk@gmail.com

In Dargle, beside everyone’s favourite pizzeria, il Postino have opened an Art Lounge.

This unique venue offers artists an opportunity to display their works and, according to curator, Kim Goodwin, is long overdue. “Although the Midlands is home to many artists, much of this creativity is not showcased locally,” he told us at the Opening on Wednesday 23 November 2016. Louis Bolton of Bolton Inc took the photographs. 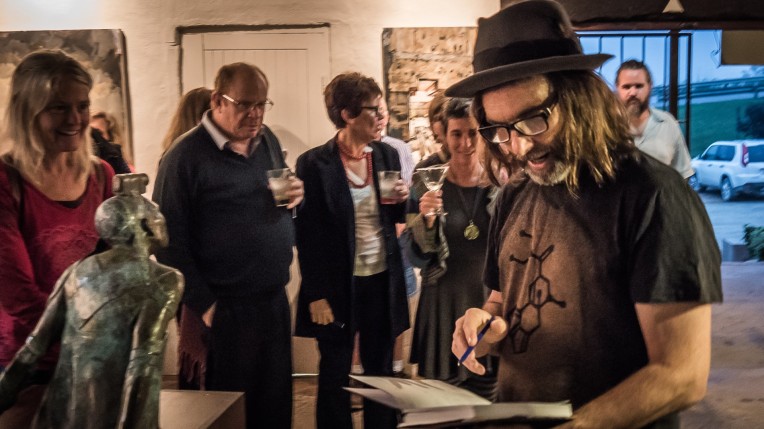 The Art Lounge, rather than being run by a gallery owner, is a collaboration of passionate and supportive people working as a team to promote local art.

Chris Darroll, owner of il Postino adds “The art lounge is a long-time dream. Michael Mawsdley and I spent many nights conceptualizing this space where visitors can interact with the art. We have always had artworks for sale on the restaurant walls, now we have a dedicated gallery for both two and three-dimensional art from around the country”.  Michael, who designs under the well-known name of Viva Voce, has a workshop on-site, displaying his smaller pieces in baroque style glass cases while his bronze sculptures are featured around the gallery and restaurant. 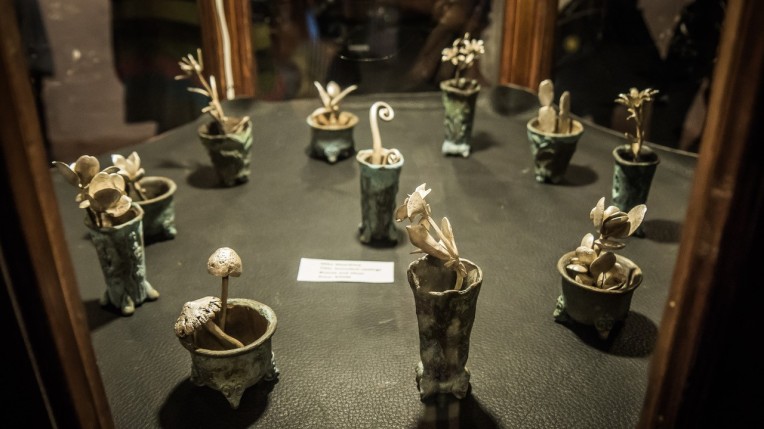 For the summer of 2016/2017, the Art Lounge will feature bespoke art by Miranda Crooks, Elizabeth Balcomb and Grace Kotze.  Miranda will exhibit works derived from a combination of printmaking techniques including linocut, collagraph, screen print, etching and collage. Elizabeth is a self-taught South African artist known for her haunting figurative sculptures that explore and expose aspects of human nature. Durban based, Grace, loves the versatile nature of oil paint that offers never-ending possibilities of exploration. 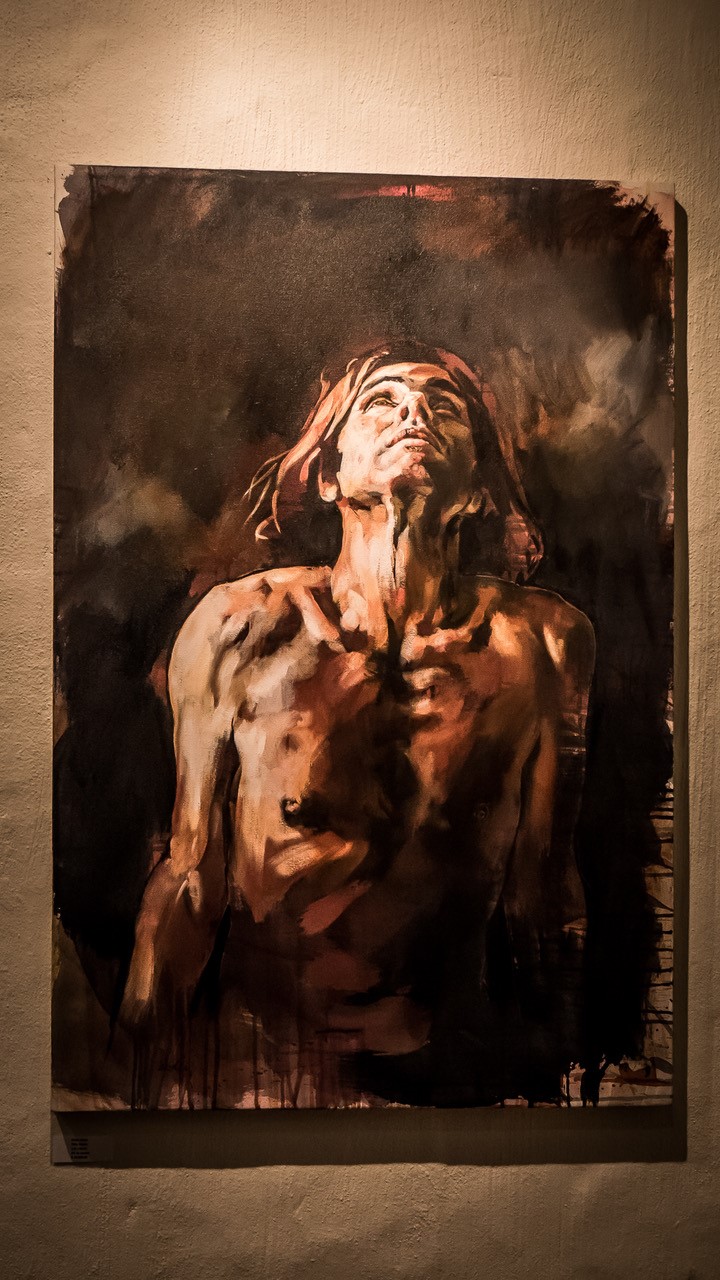 Kim hopes that there will be opportunities to offer artists space to work and live in the Midlands too, to integrate and share in the creative culture of the area.  Featured artists would in turn attract collectors from further afield.  Miranda Crooks concludes “The il Postino Art Lounge has all the ingredients necessary to be a great success. Kim Goodwin is an avid art collector and supporter of local artists and with his input as curator I am really excited about seeing the artwork that will be flowing through the gallery from the many wonderful artists in our community.” 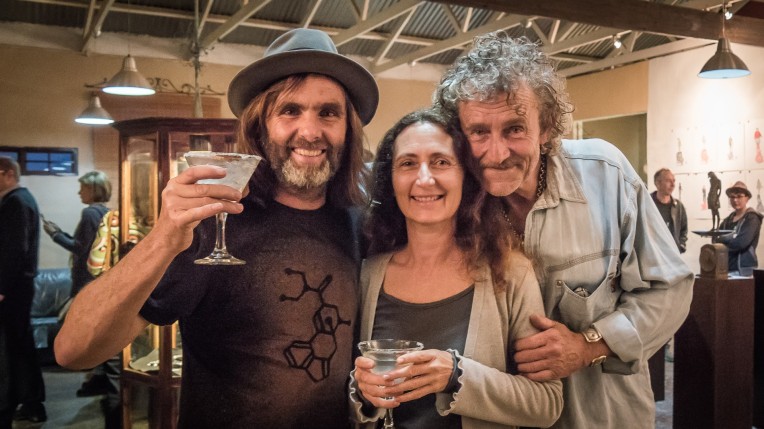 Jayne Darroll envisages the space will be also used for intimate dinners, art auctions and un-plugged sessions with musicians and poets. This is a special and unusual space, where everyone will feel welcome. 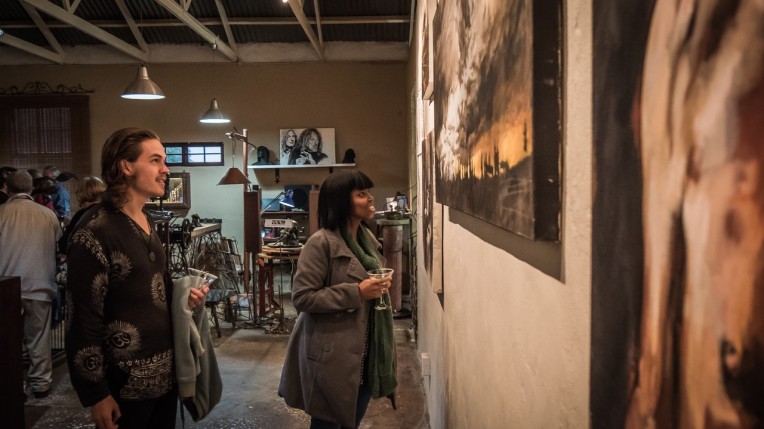